Americats Video Tells Humans Meow is the Time to Vote 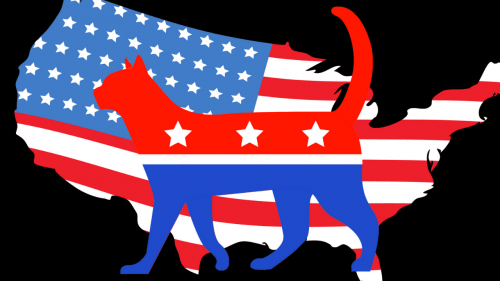 Furball Fables, the popular YouTube channel and website for cat lovers, announced the release of a video titled Americats, which urges human Americans to use their vote to make a pawsitive impact. The video, which features catchy animation and cat puns, uses humor to convey a serious message: It’s time to vote. The stakes are high for everyone. People need to stand up for demeowcracy. And this just might be the purr-fect voting message, regardless of pawlitical tribes.

“When we started to create this video, our idea was more tongue-in-cheek, like let cats run for office, but in the process of producing it, we realized we needed to send a more significant message, given the seriousness of the election,” said Chase Holiday, the creator of the Furball Fables blog and video channel. “We decided instead to put our beloved cat characters to work in getting out the vote. At the same time, we still tried to have some fun, as in ‘We are the Americats for a Better Future and we approved this message!’ and ‘Let’s chase the rats in Washington!’”

Reaction to the 90-second video has been extremely positive, with many viewers praising the effort and saying it both made them laugh and encouraged them to vote. A 5th grade teacher used the Americats as a learning tool about the election to engage her students. As the video would say, they were inspired by the message of “Peace, love and the power of meow.” For humor, the video suggests that Americans in both the Republicat and Democat parties rise up and demand mandatory naps and urge their leaders to form a more purrfect union. The video is accompanied by a blog post.

About Furball Fables
Furball Fables was created by Chase Holiday as way to tell stories about her magical cats. She adopted Merlin, Fairy, Elfin and Yogi in 2007, after her beloved Siamese siblings, Elvis and Tinkerbell, passed at age 21 and 22. She rescued black cat Buddha and his two brothers as kittens in 2010. The first Furball Fables video was posted to find homes for these black kittens after discovering that black cats were considered by some to be evil and bad luck. Furball Fables was born after posting that first video.