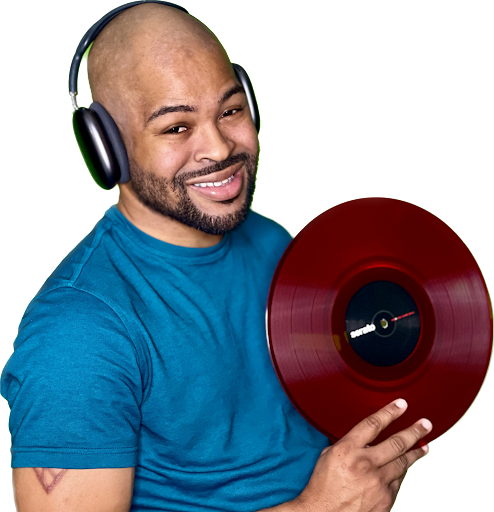 Dubbed as one of the world’s most versatile disc jockeys, DJ Beatific has surpassed 65k followers on the popular social audio app, Clubhouse. Launched in April 2020 in the wake of the Pandemic, Clubhouse quickly soared in popularity, attracted over 10 million users, and became the go-to app for music discovery.

DJ Beatific leveraged the Clubhouse platform to showcase his diverse skill set, experience, and ability to breathe life into any event, whether it be a bar mitzvah, club gig, corporate party, or wedding. He currently boasts over 2.3 million listeners and counting. With listenership worldwide, Beatific is praised for proving his ability to DJ every genre— and in any language.

Beatific is a dedicated entertainer on a mission to help people enjoy and celebrate big moments in their lives with class and style. Ever since the age of 10, Beatific’s knack for entertainment blossomed, he has inspired and moved his family members, friends, and later strangers that were enthralled by his positive presence and outstanding social skills. Beatific inherited his entertainment talents from his grandfather and uncles, Zapp & Roger, whom he looked up to in his early childhood.

Now Having seen thousands of people live life to the fullest through sound and song, Beatific realized that music is the key to surpassing all borders of race, gender, age, and creed. He heard the call, answered it, and is now considered among the most versatile DJs in the world.

His professional journey into the DJ world begins in 2009 in Washington D.C. While attending Howard University, he leveraged his social spirit and found numerous loyal friends who helped him build his name.

Over the next ten years, Beatific continued polishing his skills as a DJ by performing any and everywhere. It was not long before he went from local clubs to larger venues, but he never chained himself to one specific genre or niche.

After college, Beatific polished his skills as a DJ in Northern California, DJing for many top companies headquartered in the Silicon Valley such as Apple, Google, ESPN, Adobe, eBay, McAfee, Salesforce, and countless others.

Having both the skills and experience required to perform at professional high-caliber gigs, Beatific opened Beatific Entertainment to provide an exceptional service standard in other aspects of events like officiating weddings, emceeing, lighting, and 360 photo booth services.

To date, Beatific has completed over 800 weddings, has been featured in Style Me Pretty, has been awarded Best In Weddings 2021/2022 from The Knot. Dubbing him as one of the most prolific award-winning DJs in California.

Presently, Beatific’s name is soaring in popularity on Clubhouse: an app that enabled him to reach broader audiences. Beatific registered on Clubhouse in November 2020 and has since amassed a following of over 65k. He is also the resident DJ for ServiceNow.

He has performed for cultural icons such as Vice President Harris, Dave Chapelle, and Takashi Murakami.

Beatific continues to sharpen his DJ skills, search for inspiration, develop fresh grooves, and perform across California enriching any Bar Mitzvah, wedding, event, or gathering he is called upon.