Eighty percent of war veterans being treated for PTSD are given psychiatric drugs and the Department of Defense and the Veterans Administration collectively spend $9 billion a year on their mental health budgets. 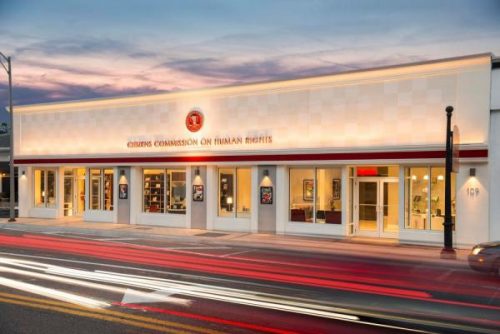 June has been designated PTSD Awareness Month by the National Center for Post-traumatic Stress Disorder (PTSD). The purpose of this designation is to increase awareness of “a mental health problem that may develop after a person has been exposed to … traumatic events.”

Events that may prompt being labeled with PTSD include threats to one’s life such as assault, wartime combat, terrorism, natural or human-made disasters. The listed symptoms include “distressing dreams, persistent thoughts and recurring flashbacks about the traumatic event or events, numbing or avoidance of memories of the trauma and triggered emotional responses.” [1]

But according to some there is a dark side to the PTSD Awareness campaign, that centers on the issue of treatments, and whether some of these are in fact causing more harm than good.

Today, some 80% of veterans labeled with PTSD receive psychotropic drugs; 89% of these are given antidepressants, with 34% treated with antipsychotics – drugs so dangerous many of them are labeled with the strictest warnings issued by the FDA. All told, the Department of Defense and the Veterans Administration collectively spend $9 billion a year on their mental health budgets.[2]

Simultaneously with the drugging of our veterans, twenty American armed force veterans are committing suicide every day. In 2014, more than 7,400 took their own lives. And although military veterans make up only 9 percent of the population, they account for 18 percent of all suicides.[3]

In the past “PTSD” was called “shell shock” or “battle fatigue.” But psychiatric diagnosis has redefined the condition as a “mental disorder”, thus making the sufferers eligible for billable psychiatric drug treatment.

Concurrently, the epidemic of suicides among U.S. military has increased in parallel along with the diagnoses of PTSD and the prescribing of psychiatric drugs, many of which are known to cause suicidal side effects.

The increase of dosing U.S. military veterans with psychiatric drugs is unprecedented. In less than a decade, from 2005 to 2011, The US Department of Defense increased its prescriptions of these pharmaceuticals almost seven times. This equates to thirty times faster than the civilian population. Currently, one in six American service members are on at least one psychiatric drug.

Former US Army Sergeant Joel Kort had this to say about the PTSD-type treatment he received as a soldier, “I didn’t see the emergence of psychiatry in the Army until I suffered my own injury, and then it was like a flood. It was a flood of doctors and it was a flood of meds…. I know that I’ve been on Ambien, Seroquel, Paxil—that was one of the big ones. A very dangerous drug…called Abilify. It kind of puts whatever meds you’re on, on steroids.” [3]

Since 1945, military personnel have been subject to aggressive psychiatric experimentation. Over 73 years ago, psychiatrist and Brigadier General J.R. Rees observed: “The army and the other fighting services form rather unique experimental groups since they are complete communities and it is possible to arrange experiments in a way that would be very difficult in civilian life.”

American soldiers in World War II were subjected to psychiatric experimentation when electroshock, insulin shock and varieties of mind-altering drugs were tried out on psychologically wounded soldiers.

Today the mental “diagnosis” is carried out by a licensed psychiatrist for “a preponderance of the evidence” since there are no medical tests for the condition. The criteria and naming of the disorder is decided by committee vote for inclusion in the Diagnostic and Statistical Manual of Mental Disorders, so as to make it an insurable and billable condition.

“In Florida alone, two of our veterans commit suicide every day”, said Diane Stein, President of Citizens Commission on Human Rights of Florida. “Suicidal ideation is a black-box warning on the labels of psychiatric medications given for PTSD to military vets. These medications have never been shown to reduce risk or incidence of suicide – on the contrary. Shouldn’t this information be part of “PTSD Awareness Month?”.[4]