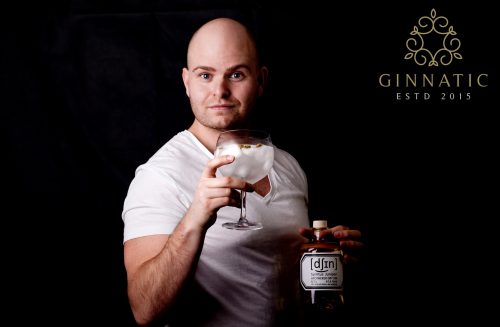 Feedspot has compiled the most comprehensive comparison review of the world’s gin blogs ever published online, ranking the thirty best gin blogs in the world. In their rankings, Maximilian Mende’s German language gin blog Ginnatic has ranked 12th out of 30, marking a major milestone for the website, which is has grown exponentially in popularity over its two-year run. The site, which updates with new tastings several times a week, now attracts more than 20,000 visits a month.

The blog was selected for the shortlist thanks to its regular updates, comprehensive and well-informed posts, and Maximilian’s unique enthusiasm for discussing gin in detail. The website is perfect for those just getting into gin drinking, with long and fascinating posts on even the humble gin tonic, while having many more resources aimed at connoisseurs, including tasting reviews and recommendations of artisanal gins.

Mende is now considered one of very few ‘ginfluencers’ – people whose opinion can drive sales for specialist gins thanks to an avid following. The blog gives him a platform to inform others of his latest and most exciting discoveries, and recognition alongside other major forces in the gin world by Feedspot marks the arrival of the German gin blog into the global mainstream.

When asked for his thoughts, Mende said, “To go from a passion project to one of the biggest and most influential gin blogs in the world in just two short years is incredibly exciting. I have been passionate about gin for years, and my work in online marketing has allowed me to share that passion with the widest possible audience. I am overjoyed to have been selected among the top 3 best gin blogs worldwide, and I thank Feedspot for including me in the rankings for 2017. I would love to retain my place and even improve my ranking over the coming year.”

About Ginnatic: Maximilian Mende, Online Marketing Consultant, has been working in Online Marketing since 2007. He created Ginnatic as a gin fanatic, the website has grown to become one of the best-known Gin Blogs in Germany, attending regular Gin Tastings and publishing updates 2-3 times per week. Created in 2015, the site now attracts more than 20,000 visits a month.