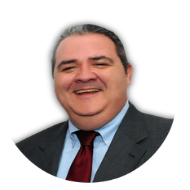 When asked to comment, Breud said, “Resolving a child custody suit can often be an emotionally difficult process, leading many parents to make rash decisions that could derail their entire case. Here are some of the top mistakes to steer clear from when undergoing a child custody case.”

One of the most common errors, according to Breud, made by parents is making decisions based on emotion.

“Attempting to figure out a child custody arrangement will undoubtedly cause stress levels to rise on both sides. Many parents allow this stress and other unchecked emotions to run the show, instead of making logical and reasonable decisions.”

Breud added that coming up with a fair custody arrangement will benefit not only both parents but also, and more importantly, the children involved.

Another mistake made by parents in a child custody battle is trying too hard to minimize the other party’s parenting time and involvement with the children.

When asked to elaborate, Breud said, “The natural instinct of many is to make it seem as if they can do a better job parenting than their ex., to the point where the other parent’s involvement would be unreasonably limited., Judges tend not to look too
kindly on this, mainly because the courts believe that it is in the child’s best interests to have a loving, nurturing relationship with both parents and their extended families.”

Related to this, many parents speak negatively about their ex-spouses during the custody case.

“Spouses often demean the other’s parenting skills in order to prove that they were a bad parent. However, bad-mouthing your ex will only work against you, and you’ll end up looking bitter throughout the custody battle…. and, bad mouthing the other parent to the children often demonstrates that you are incapable of nurturing a relationship between your ex and the children-which most often is not in the children’s’ best interests,” he said.

Another common misstep parents make is speaking freely to friends and family about an ongoing child custody suit.

“Information you’ve told to family or friends in confidence regarding a pending case can come back to haunt you. If details of your case make their way back to a particularly vengeful ex, then they could use this information to fight you in court.”

Breud added that parents often make the faulty assumption that their lawyer will do all the work.

“Even if you hire the cream of the crop of family lawyers, you are still going to have to put in the effort to ensure that you’re
putting your best foot forward in a child custody suit. Important work that every parent needs to do is helping to compile the facts and evidence that the lawyer will need in order to present a strong case..”

Breud was quick to add that the effort put into the case by parents will complement the strategy devised by a lawyer.