Attorneys for DEEP and the Connecticut Port Authority said DRVN’s arguments are related to its lease at the pier and not an environmental permit. 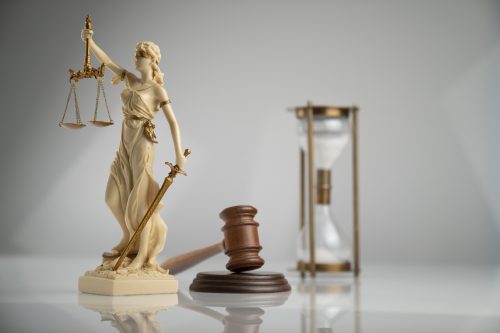 DRVN Enterprises, the road salt business forced off State Pier in New London CT ahead of a planned $235.5 million modernization project, continued its effort Wednesday to stop the project from moving forward.

Attorneys for DEEP and the Connecticut Port Authority said DRVN’s arguments are related to its lease at the pier and not an environmental permit.

The CPA awaits DEEP’s permit, which is critical to the completion of the plan for the deepwater port and its conversion into a facility to accommodate the offshore wind industry. While work commissioned by the Connecticut Port Authority is well underway at State Pier, permits from DEEP and the U.S. Army Corps of Engineers would allow work to start on dredging and fill to be placed between the two existing piers at the New London facility.

Plans call for the two piers to be joined to create a larger platform for ships delivering massive wind turbine parts for assembly. The CPA is nearing deadlines in an agreement with offshore wind partners Orsted and Eversource that would put completion of the project, which has already started, in jeopardy.

Anthony argued that a notice of insufficiency issued by DEEP in June 2019 required the CPA to revise its permit application and provide information on current water-dependent users who would be displaced or allowed to work at the pier through construction. He claims DRVN was left out.

DRVN “was a current water-dependent user until February of 2021, when the CPA basically had him sign a memorandum of understanding that said you have two options: you can either leave in February of 2021 or we’re going to seize your salt pile and your equipment,” Anthony said. “There was no accommodation for him.”

DRVN President and owner Steve Farrelly “was a small business operating in the eastern part of Connecticut employing Connecticut individuals,” Anthony said. “He was importing salt to the pier since 2014. He would still be doing that but for this application. The only place that salt can be imported via the ocean now in the state of Connecticut is New Haven Harbor. That’s it.”

Dykes, tasked with the final decision, questioned DRVN’s argument in calling for denial of an environmental permit.

She continued by saying, “the department is not extending a lease here. This is not our lease. It feels to me this is a contractual matter that you’re raising with respect to a different party. I’m struggling to see how if we were to find in your favor that we could provide the relief you’re seeking, which is continuation of a lease. We’re not in control of that.”

Anthony said he was not asking for DRVN to be prioritized, only recognized as an existing water-dependent user.

Attorneys for both DEEP and the Connecticut Port Authority said DRVN’s arguments against issuance of a permit strayed from any legal basis.

Assistant Attorney General Lori DiBella said that in June 2019, DRVN had already been notified by the port operator, Gateway, that its time was nearing an end at the pier. The company was told to vacate by December 2019 but given extensions until February 2020 to allow it to sell its salt.

DiBella said there is nothing in the permitting process that would protect one particular water-dependent user over another.

“There’s just nothing in the law that requires that,” she said. “State Pier will continue to be a water-dependent use.”

“That’s what the situation is about. It’s not about the proposed final decision. It’s about this business and its business relationships,” she said.

John Casey, representing the CPA, agreed and said, “we’re really here on exceptions to one former user’s dissatisfaction with its business with the port operator.”

“What it’s trying to do is confuse the matter in my mind,” Casey said. “He knew this project was coming years ago but waited until the very last minute to intervene in this matter.”

DRVN previously filed an objection to DEEP’s draft decision and, once that was denied, filed what is known as a “notice of exception,” which required all sides to file legal briefs.

Casey said the source of DRVN’s argument is “some sort of rights that need to be adjudicated in this matter.”

“That’s simply not the case,” Casey said. “Is DEEP supposed to protect individual users or water-dependent uses? If that was the case, everyone who ever rented a slip at a marina could be aggrieved when they didn’t get a new rental agreement the next year.”