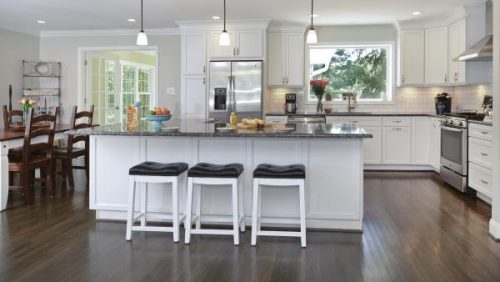 Michael Nash Design, Build & Homes kitchen remodel projects are recognized not only by their clients, but by some of the most esteemed organizations and professionals in the industry for years.

In fact, just recently, the company has brought home another prestigious award as the primary recipient of the Decade of Excellence Award presented by Chrysalis Awards.

The company has garnered at least one Chrysalis every year since 2009. This highlight their expertise when it comes to kitchen remodeling together with other comprehensive remodeling services, including bathroom remodeling, home additions and extensions, basement remodeling, major renovations, new custom homes, outdoor living services, custom garages and screened porches.

In order to compete for the first ever Decade of Excellence Award, the potential award recipients were judged based on strict particular requirements imposed by Chrysalis. First, a remodeling company must have won at least one Chrysalis every year for the past decade. Next, is the consistency of delivering high quality performance over time. Lastly, a good affiliation with their clients.

Michael Nash is the only remodeling firm who received the Decade of Excellence Award among all the firms all over the 12 Southern States (ranging from Florida to Virginia to as far as west Texas).

Sonny also mentioned the company s dedication to be in constant pursuit for excellence by putting clients needs and goals first while striving for high quality project results.