CCHR Florida is asking lawmakers to change how the mental health law is applied to minors in order to protect children from the trauma of unjust involuntary psychiatric examinations. 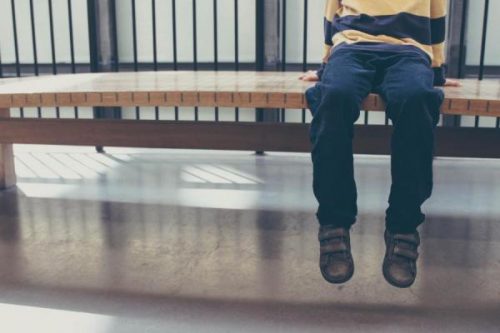 Parents in Florida are justifiably outraged that elementary school aged children can be handcuffed and carted away in the back of a police car to a psychiatric ward for an involuntary examination. Known as a Baker Act, this is all initiated without the permission or knowledge of parents.

According to the Florida chapter of the international mental health watchdog, the Citizens Commission on Human Rights (CCHR), the seemingly indiscriminate Baker Acting of children is not only a violation of parental rights and the rights of the child but also a human rights abuse.

A Miami Herald story early last year reported that a 7-year-old was treated in this manner after hitting and kicking a teacher during lunch. Only 15 miles from this incident, and on the very same day, a 10-year-old autistic boy begged his teacher not to call the police when he became agitated after being told to make up schoolwork during recess.

According to the Miami Herald article the fourth grader became upset when a teacher told him to make up some homework during recess. The child later told his mother that when he became upset “one of his teachers told the other to call the Baker Act number.”

The article continues, “Kevin knew what ‘Baker Act’ meant. Two years earlier, during another meltdown, teachers at his old school had invoked the Florida law, which instructs police to take people who appear to be mentally ill and pose a danger to themselves or others for an involuntary psychiatric exam. On that occasion, Kevin’s parents had shown up just in time, before police could handcuff him.”

Families of children with special needs, as well as lawyers and activists who support them, affirm that the Baker Act is being abused, traumatizing children.

Allison Hertog who is a special education lawyer states the obvious “,…certainly a child of that age should not be Baker Acted in my opinion because he couldn’t be a danger to himself or others unless he was carrying a weapon. He’s too little.” (1)

“Despite the fact that the effectiveness of involuntary psychiatric holds has not been evaluated, children in Florida and other states are being taken into custody in ever increasing numbers and this is a human rights abuse,” states Diane Stein, president of CCHR Florida.

Armed with information on parental rights and the law, Florida parents are now speaking up on the traumatization of their children due to inappropriate and possibly illegal Baker Acting.

Sandy Liebl spoke out on social media after her 10-year-old autistic son was handcuffed and taken to a facility from his school. (3)

Sande Butler, another Florida mom whose autistic son was Baker Acted at school told ABC Action News, “He’s traumatized and afraid of everyone.”

Kathy Lovejoy spoke to Fox4 of her grandson being taken from school, handcuffed and transported to a mental health facility two times. Ms. Lovejoy points out that in both cases doctors determined her grandson, born with fetal alcohol syndrome is also autistic.

None of these children should have been Baker Acted, since they suffer from autism and are not considered mentally ill under the law. (4)

In response, CCHR has been asking Florida’s lawmakers to amend the mental health law in order to provide greater protections for children and the restoration of parental rights. Those interested in learning more about CCHR’s campaign to protect children from abusive Baker Acting are encouraged to call 800-782-2878 and to contact their Florida Representative and Senator.