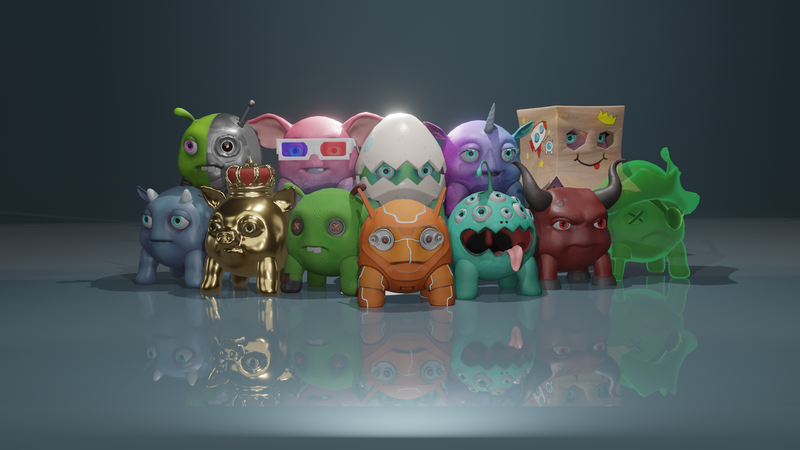 Common to ‘traditional’ games a Non-Player Character (or NPC) is a video game character that is usually controlled by the game’s Artificial Intelligence rather than by another gamer. These NPC’s can serve a number of purposes in video games, such as the advancement of a storyline, as an assistance partner to the gamer or other game functions such as health regeneration and points.

Whatever the game there is usually an element of player and NPC engagement, but not usually before the gaming experience has even fully released. Well, not until blockchain Non Fungible Token (NFT) backed NPC’s!

A Non Fungible Token or NFT is a cryptocurrency token minted on a blockchain, such as Ethereum, Solana or Cardano. They generally follow the same standard of creation and each is unique in some way which means they are not fungible, meaning swappable for another which is exactly the same. These tokens prove verifiable ownership of that item or asset. NFT backed NPC’s is a very new phenomena and have just been deployed by the Pavia metaverse project.

The Pavia metaverse being developed by Pavia Corp previously sold out all 100,000 Land NFT’s minted on the proof of stake Cardano blockchain with over 19,000 unique wallet holders making it more decentralised than Decentraland in terms of unique land owners. Despite being months away from the full immersive experience the project recently airdropped an interesting bunch of NPC’s to lucky land owners.

Bring in the Pavs!

Some 6,000 Non Fungible Token backed Pavs were airdropped (which means they were sent to land NFT owners wallets for free). These Non Playable Characters are a colourful bunch which range from a half robot, a ghost pirate, a unicorn to one hiding in a cardboard box. An additional factor is whether or not they are “Mech Compatible” which lead to the CEO of the Project @M0R84N leaking on twitter an image of an orange Pav in the top of a robotic suit. The projects have used the term #PavsNotPets over the past few weeks which only adds to the mystery surrounding this recent NFT airdrop.

What is clear is that these assets will serve some purpose in the Pavia metaverse as NPC’s and 6,000 are already in the hands of future players. Future Pavs can be caught in-game but that is as far as any similarity to Pokemon goes, these little creatures are quite unique and clearly serve a much larger purpose than collectible trading cards.

Upon checking the OpenCNFT analytics website, aftermarket trading of Pav NFT’s has topped the Cardano NFT leaderboard over the past 24 hours with the highest sale to date being 12,500 $ADA or $7,200 (USD) for a limited edition golden Pav called Alfonzo which resembles a pig in a crown. These NFT’s are clearly already a big hit with the community.

It is expected that the use of Non Fungible Tokens will add a whole new dynamic to gaming platforms in the evolving metaverse especially when it comes to Non Playable Characters. What is more exciting is that projects like Pavia can use the technology to put these items into the hands of players ahead of the main game launch. With this in mind the future of NFT-NPC’s looks very bright indeed. Into the metaverse!

For those who are interested the Pavia metaverse project also has $PAVIA fungible tokens which is listed on CoinMarketCap:

For more information on this project here are the official Pavia metaverse and Pavs project links: