Cryptocurrency ETFs are already making their way into the world of DeFi. 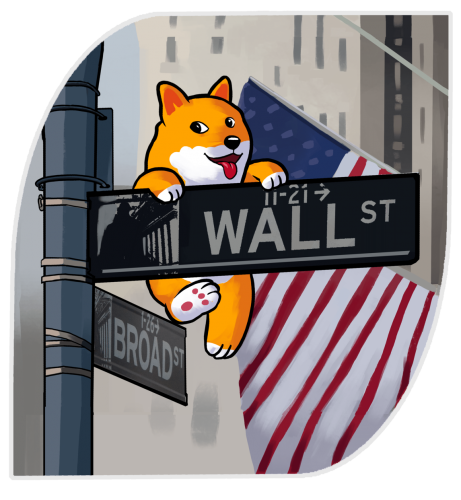 While professional asset managers on Wall Street continue to jockey with financial regulators over who will get the green light to create the first U.S.-based Bitcoin Exchange Traded Fund (ETF), international developers in decentralized finance (DeFi) are already moving forward with plans to offer a fully decentralized version of the industry’s first cryptocurrency ETF as early as mid-September 2021.

Created by DogeHouse Capital, which is a multinational cryptocurrency company based on the BSC, the first cryptocurrency ETF will contain wrapped digital assets such as Bitcoin ($BTC), Ethereum ($ETH), Cardano ($ADA), and Polkadot ($DOT) as well as other growth and meme-related digital currencies such as Kusama ($KSM), Doge Coin ($DOGE), and DogeHouse Capital’s native token ($DOGEX).

Named after the popular internet sensation – Doge Coin – DogeHouse Capital’s Doge Traded Fund (DTF) will begin trading on the company’s fully integrated decentralized application (dApp) in mid-September to coincide with the launch of the native token on the BSC. The company plans to unveil the integrated swap on its official website later this week.

DogeHouse Capital will offer a limited number of DTF tokens for purchase at launch with plans to mint additional tokens post-launch in anticipation of the coming Bitcoin “super cycle” this fall. The move, which would be a first in the industry, is aimed at capitalizing on first-mover advantage and bringing more traditional financial instruments to the world of DeFi, which is notorious for hype-related digital currencies with little to no value.

Although branded under the banner of “Doge”, DogeHouse Capital’s flagship DTF was designed as an aggressive growth fund for both passive and active trading. The wrapped digital asset will trade based on the underlying price action of the assets within the tokenized fund. Additionally, there will be a limited demand margin of 5 percent to both protect the integrity of the fund and create opportunities for arbitrage-related trading.

DogeHouse Capital will offer additional financial services aside from the DTF/swap including a staking platform and bridge to the popular Cardano Blockchain, which is scheduled to execute a major system upgrade around the same time known as the Alonzo Hard Fork. Indeed, the company has also expressed its intent to migrate to the Cardano Blockchain later this year following the successful completion of the upgrade.

DogeHouse Capital is the only cryptocurrency company bringing professional digital asset management to meme-based digital currencies on the BSC, Cardano Blockchain, and beyond. DogeHouse Capital’s native token ($DOGEX) and a full suite of dApps will provide investors with opportunities to earn dividends in Cardano ($ADA), trade the first meme-focused Exchange Traded Fund (ETF), and invest in our exclusive fund for steady annualized returns across several emerging blockchains.