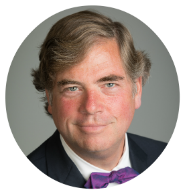 Sentencing for a sex offender in Ohio can range widely and even up to life in prison depending on the severity of the crime, Cleveland attorney Edward R. La Rue highlighted this week.

Ohio is said to have around 20,000 registered sex offenders in 2021, but what type of crimes and sentencing are open to judges? Here, the Founder of the Law Offices of Edward R. La Rue takes a closer look.

Sex offenses range in severity, and in classification by tiers, with Tier I being the least severe, and Tier III crimes considered the most serious.

Tier I: Offenses include gross sexual imposition, unlawful sexual conduct with a minor (less than four years younger), importuning, voyeurism, sexual imposition, child enticement with sexual motivation, and illegal use of a minor in nudity-oriented material.

Tier II: Offenses range from prostitution, child endangering, kidnapping with sexual motivation, pandering obscenity, abduction with sexual motivation, or unlawful sexual contact involving a minor (at least four years younger, or under thirteen), or any sexual offense occurring after the offender is classified as a Tier I sex offender.

Mr La Rue said the penalty for a sexual offense would depend not only on the type of crime committed, but also on factors such as whether the accused has prior convictions, and if the victim is a minor.

Examples of sentencing in Ohio for sex offenses can range from only a few months, to years in prison, to life without the possibility of parole for rape of a minor under the age of 13.  When it comes to the offense of unlawful sexual conduct with a minor, this can range depending on the offense, the victim and the offender.

Mr La Rue acknowledged: “The severity of sentencing in Ohio is very much dependent on a variety of factors and the specific facts of the crime itself.”

He added that every tier carries the same requirements regarding where an offender lives. They must register in the county they reside and work, and must further provide the local sheriff with information including an email address, home address, car details and even social media information. Sex offenders of all tiers are banned from living within 1,000 feet of a school.

A Tier III offender has to register every 90 days for the rest of their lives. This is the tier in which there is community notification – notice is sent out to an immediate community about the offender.

Unlike many other crimes among these serious felonies, a conviction for a sex offense in the State of Ohio will not be possible to expunge or seal in the future, and therefore, it is critical to get the best and most experienced advice from an attorney committed to handling sex offenses and their unique challenges as soon as there is a concern that a case may be opened, any sign of government investigation from Job and Family services, or other social work organizations, child welfare or, obviously, any law enforcement authorities, explained La Rue.

Mr La Rue concluded: “If you are facing a sex offense in Ohio, then you need to hire an attorney skilled in sex crime cases, so they can work to minimize the potential impact on your life.”